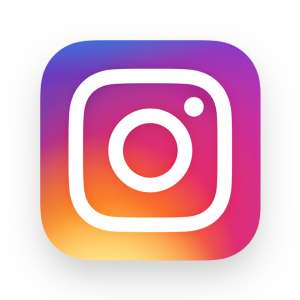 Instagram is poised to be one of the worst breeding grounds for political fake news ahead of the 2020 election, and hardly anyone is paying attention. The Facebook-owned platform has largely escaped the leery eye cast upon its parent company and Twitter, which have taken most of the blame for housing foreign disinformation campaigns in… END_OF_DOCUMENT_TOKEN_TO_BE_REPLACED

from http://www.bigthink.org 12 September, 2019 Michigan state parks have partnered with the Bob Ross artist's estate for its reforestation efforts.The trees were grown by prisoners in the correctional facilities' educational program.Hundreds of volunteers have planted them in state parks denoted with signs of Ross' likeness and famous tag lines. An eclectic combination between a cultural… END_OF_DOCUMENT_TOKEN_TO_BE_REPLACED

From THE INCLINE Gov. Tom Wolf won a second term as Pennsylvania’s governor on a Democratic ticket with Braddock Mayor John Fetterman as his running mate, defeating Republican Scott Wagner. As Wolf emerged at his election night party, he got some laughter from the crowd with this remark: “I want to introduce myself: I am Tom Wolf.… END_OF_DOCUMENT_TOKEN_TO_BE_REPLACED

From THE INCLINE Our Procrastinator’s Guide breaks down each race and what you need to know about the candidates running. Get the basics on each candidate, as well as some recommended reading. After the mass shooting at Tree of Life, several lawmakers put renewed attention on guns as attendees at vigils urged others to vote. Here’s a… END_OF_DOCUMENT_TOKEN_TO_BE_REPLACED

from http://www.bigthink.com Why do we celebrate Halloween, and what have pumpkins got to do with it? MIKE COLAGROSSI 30 October, 2018 Halloween was influenced heavily by Celtic, Pagan and Christian traditions. The holiday has always celebrated the strange and scary, but festivities as we know them have changed over the years. Current Halloween traditions were… END_OF_DOCUMENT_TOKEN_TO_BE_REPLACED

from bigthink.com Ever wanted to describe precisely how crummy you feel after a bad haircut? MATTHEW DAVIS 17 October, 2018 English is a phenomenal language, but there are circumstances where words seem to fail us. Often, other languages have already found a solution to expressing the complicated ideas that can't be succinctly conveyed in English. If… END_OF_DOCUMENT_TOKEN_TO_BE_REPLACED